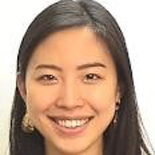 Akiko Toya is a Program Officer at the World Bank, Global Facility for Disaster Reduction and Recovery (GFDRR). She manages GFDRR’s Resilient Infrastructure Thematic Program and regional portfolio in Africa through reviewing grant proposals and leading cross-sector coordination and knowledge development. Akiko also leads the Road Geohazard Risk Management Program by collaborating with policy and decision-makers responsible for transport and rural infrastructure projects. Prior to joining the World Bank, she worked in enterprise risk management and political risk advisory at private insurance and consulting firms. Akiko holds a master’s degree in public affairs from Cornell University and a bachelor’s degree in environmental economics and sustainable development including a semester abroad at La Universidad San Francisco de Quito in Ecuador 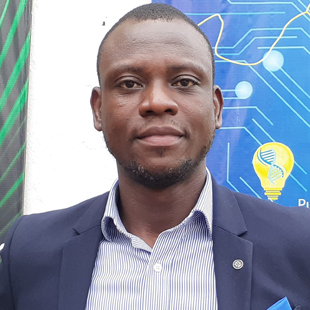 Mr.Sullay Katta is seconded to the Directorate of Science, Technology and Innovation (DSTI), Office of the President and Barrister and Solicitor of the High Court of Sierra Leone. He is assisting the Policy team to review and advise on policies, legislation, agreements and MoUs. Sullay has a great passion for innovation and technology and believes in the President’s vision to leapfrog Sierra Leone into an innovation and entrepreneurial hub. He is currently working with a team on the Sierra Leone Drones project and he is also team lead on the Resilient Urban Mobility Hackathon project. Prior to DSTI, he has worked at the Ministry of Justice, Law Officers’ Department in the Civil and Commercial Law Division. Worked at Hebert Smith Freehills LLP (London) in the Corporate and Energy group and Dispute and Arbitration group on a reverse- secondment. He holds a Bachelor of Arts (B.A), Bachelor of Laws (LLB) with Honours degrees from Fourah Bay College, University of Sierra Leone. 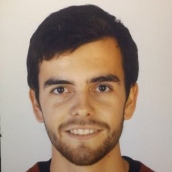 Xavier Espinet Alegre is a transport and climate change consultant for the Transport GP and SURR GP. He assists project teams developing robust analytics to facilitate decision making of transport investments under uncertainty associated with climate and disasters. He has worked across a range of countries including Mozambique, Vietnam, Sierra Leone, Albania and Cambodia among other. Xavier Espinet holds a civil engineering degree from the Universitat Politecnica de Catalunya and a PhD in civil systems from the University of Colorado at Boulder.